You are here: Home / Meet Our Staff

Learn about our staff members and read their bios.

Robert and Michelle have been married since 1994 and have three children.

Robert survived the University of Texas with a degree in Chemical Engineering. After working as an engineer for a few years, he followed the calling of the Lord to prepare himself for gospel ministry. He graduated from Westminster Theological Seminary in Philadelphia in May of 2005 and was ordained in August of 2005.

Robert was called to be Senior Pastor in January 2020.

Robert and his wife Becky, both Denton natives, were married in 1987 have two children and an exceptional daughter-in-law. He and Becky came to Denton Presbyterian in 2015 and are grateful to be able to call it their church home.

Robert is a University of North Texas alumni and employee, serving as a part of the information technology team for over 30 years.

In his spare time, he enjoys working around the house, reading (or listening to) books (non-fiction) and playing piano as long as the audience doesn’t grow beyond his cat, his wife and the occasional visitor who is otherwise occupied with whatever else may be going on.

Visit our YouTube Channel for current and past broadcasts. 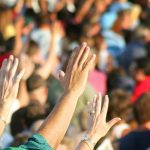 We have a temporary location at this time. We are currently meeting together on Sundays at 10:30 am at First Presbyterian Church (1114 W. University Drive, Denton, TX 76201). We … END_OF_DOCUMENT_TOKEN_TO_BE_REPLACED

We hope to be a community of faith that is open to the skeptic, the seeker, the new convert, the spiritually mature Christian, and the struggling Christian. We desire to help provide for the … END_OF_DOCUMENT_TOKEN_TO_BE_REPLACED

Our Senior Pastor is Robert Wagner.

Since 2007, we have served the Denton, Texas area. Our hope is that, through our ministry, Denton will experience the grace, joy, and freedom of the gospel. Our desire is to serve in a way that challenges and changes our community and glorifies God.

We are a “Reformed” denomination, striving to be faithful to the scriptures, true to the reformed faith, and obedient to the Great Commission of Jesus Christ. For more information about PCA, visit PCAnet.org